Laser cutting has always been the most widely used technology in laser processing. Pulsed lasers are suitable for metal materials, and continuous lasers are suitable for non-metal materials. The latter is an important application field of laser cutting technology. Combined with computer-controlled automatic equipment, the laser beam has unlimited profiling cutting capabilities, and the cutting trajectory is easy to modify. Laser cutting has no mechanical deformation, no tool wear, and it is easy to realize automated production.

Laser cutting uses a high-power density laser beam to irradiate the material to be cut, so that the material is quickly heated to vaporization temperature, and evaporates to form holes. As the beam moves on the material, the holes continuously form a narrow width (such as about 0.1 mm). Seam to complete the cutting of the material.

The high-energy density laser beam is used to heat the workpiece, so that the temperature rises rapidly, reaching the boiling point of the material in a very short time, and the material begins to vaporize and form vapor. The jetting speed of these vapors is very high, and at the same time as the vapor jets, cuts are formed in the material. The heat of vaporization of materials is generally very large, so a lot of power and power density are required for laser vaporization and cutting.

Laser vaporization cutting is mostly used for cutting extremely thin metal materials and non-metal materials (such as paper, cloth, wood, plastic, rubber, foam, etc.). Ultrashort pulse lasers allow this technology to be applied to other materials. The free electrons in the metal absorb the laser light and heat up violently. The laser pulse does not react with the molten particles and plasma, the material directly sublimates, and there is no time to transfer energy to the surrounding materials in the form of heat. When the picosecond pulse ablates the material, there is no obvious thermal effect, no melting and burr formation.

In laser melting and cutting, the metal material is melted by laser heating, and then non-oxidizing gas (Ar, He, N, etc.) is sprayed through a nozzle coaxial with the beam, and the liquid metal is discharged by the strong pressure of the gas to form an incision. Laser melting and cutting do not need to vaporize the metal completely, and the energy required is only 1/10 of that of vaporized cutting.

Controlled fracture is the use of the steep temperature distribution generated when the laser groove is carved, which generates local thermal stress in the brittle material, causing the material to break along the small groove. 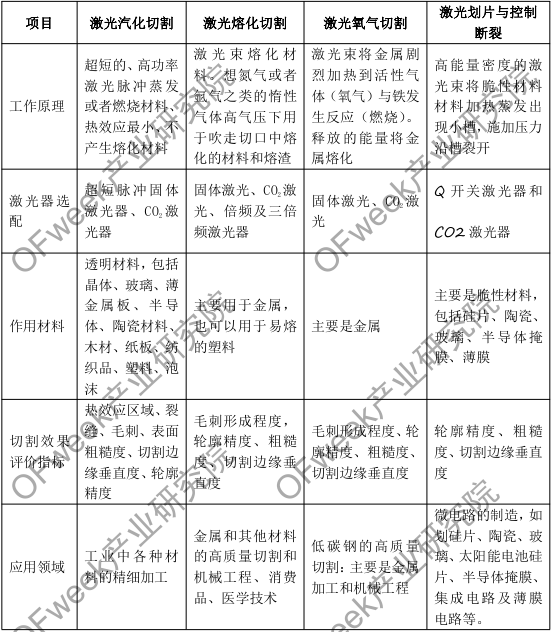 In modern industrial production, laser cutting is widely used in sheet metal, plastics, glass, ceramics, semiconductors, textiles, wood and paper and other materials processing, and its applications in major heavy industries and light industries are also becoming popular. Laser cutting accounts for more than 40% of industrial laser processing and is the most important application technology in the laser processing industry. 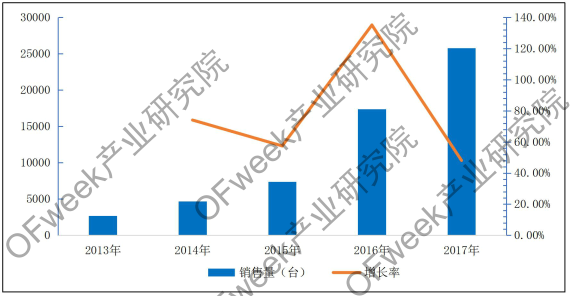 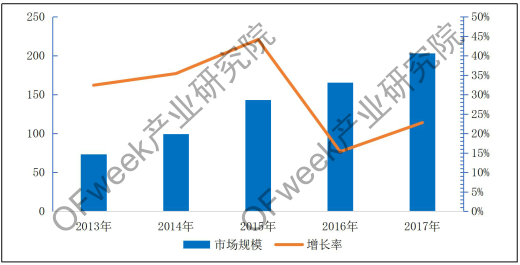 In recent years, domestic laser cutting machine technology has made breakthrough development, and is advancing in the direction of high power, high precision and large format. Under the background of China's intelligent manufacturing, the industrial field is showing a trend of transition from traditional processing to high-end manufacturing. The market scale of China's laser cutting field will always maintain a trend of rapid development.