Industrial laser manufacturing equipment has been widely used in the production lines of all walks of life in the past ten years. Many items and products around people are actually related to laser technology, but because the production process is on the factory production line, many people do not know The role of laser technology. For example, in the construction industry, bathroom industry, furniture industry, food industry, etc., there are actually a lot of "traces" of laser applications. This article takes you to understand the laser technology used in the common special equipment elevator products in the construction industry.

The rapid development of the elevator industry

Elevator is a kind of special equipment that we can often access and use in our lives. It originated in Western countries and was later widely used in high-rise buildings. It is precisely because of the invention of the elevator that it is possible for people to live and work in high-rise buildings. To put it another way, elevators are actually a means of transportation.

At present, there are two mainstream elevators on the market: vertical elevators and escalators. The elevators are mainly installed in high-rise buildings, high-rise residential buildings and office buildings. The escalators are generally several stories high and are more common in shopping malls or subway places. The main structure of the elevator includes the car body, traction system, control system, door, safety protection system, etc. The structure of the elevator uses a lot of steel plates, among which the elevator elevator is mainly the door and car body, and the escalator elevator is mainly the wall panels on both sides. These metal components are currently where laser technology is mainly used in the elevator industry.

The elevator has a certain load-bearing capacity, and the use of metal materials for safety is the most guarantee. In the past, elevator manufacturers basically used traditional multi-station punches and saw blade machines to process plates. Because this method is not efficient, and the steel plate cutting edge often needs to be polished or errors are prone to occur, it is not conducive to the aesthetics of the elevator. The development trend of the elevator industry is mainly high-speed elevator technology, intelligent control, and efficient clean processing technology. People's requirements for elevators are increasing. In addition to basically using stainless steel plates, there are also requirements for decoration. Beautiful and gorgeous elevators highlight the grades of high-end office buildings and high-end houses, and enhance the value and taste of houses. 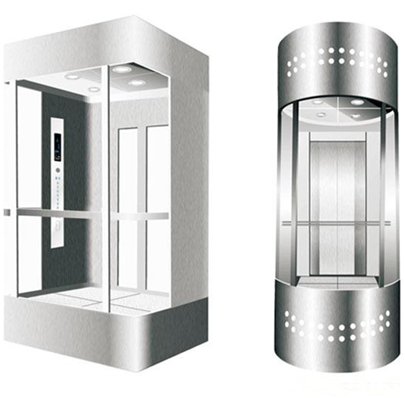 The metal structure of common elevators

Laser is widely used in elevator production at home and abroad

After 2005, China's real estate has developed rapidly. Skyscrapers have emerged one after another. The demand for elevators in China has increased significantly. Famous foreign brands such as Otis, ThyssenKrupp, Mitsubishi, Hitachi, Fuji and other famous brands have rushed to the Chinese market. These foreign brand elevators have already used CO2 laser cutting in elevator production. Since then, hundreds of domestic elevator companies have gradually followed suit and introduced laser cutting machines. With the promotion of fiber laser cutting machines after 2010, the price of laser cutting equipment has dropped sharply, and the power is higher, and the speed is faster. In recent years, the elevator industry has introduced new fiber cutting machines. At present, the domestic elevator industry has almost been widely used. With the addition of laser cutting equipment, as some elevator manufacturers expand and update their equipment, they will continue to bring new demand for laser equipment.

At present, the national standard does not require the steel plate thickness of the elevator car body and door, only the strength requirement, but generally speaking, 304 stainless steel is commonly used at a thickness of 0.8mm, and some steel plates up to 1.2mm are used. A 2000 watt laser can easily process stainless steel plates of this thickness, and 3000 watts or 4000 watts can also be used. Increased power means faster speed. The laser incision is smooth and burr-free, which reduces the effort of later polishing, and is conducive to the welding and splicing of the car body at the same time. 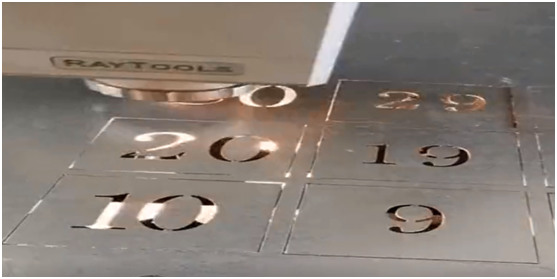 The elevator button board is laser cut

In recent years, driven by investment in real estate, rail transit construction, and airport reconstruction and expansion, my country's elevator industry has developed rapidly. At present, my country has become the world's largest producer and consumer of elevators. As of November 2020, my country's elevator output is 1.140 million units. It is estimated that the elevator output will reach 1.231 million units in 2021, and the number of elevators in my country will reach 844.7 in 2021. Million units. my country will maintain the number of elevators with an annual output of more than one million units for a long time. This means that more than one million elevators each year use laser cutting production technology. The huge elevator market brings good market space for laser cutting equipment.