1. Overview and principle of laser marking

The first step: the laser acts on the surface of the material. The laser beam used in the laser marking field is usually a pulsed laser, and the laser outputs a pulse in a specific period of time. To control the laser beam acting on the material, it is necessary to control important parameters such as scanning speed and scanning distance.

(1) The rapid development of laser marking, and the rapid rise of foreign laser companies

Since its appearance in the 1970s, laser marking has developed rapidly. By 1988, it accounted for 29% of global industrial laser applications and became one of the largest industrial laser applications. Laser marking is one of the most widely used technologies in the field of laser processing. In industrially developed countries, laser marking technology is effectively combined with computer numerical control technology and flexible manufacturing technology, resulting in a variety of freely developed marking systems. The upsurge in the development of industrial processing and manufacturing has led to the emergence of many marking equipment manufacturers worldwide, such as Control Laser Corp in the United States, Schlumberger in Germany, Prima in Italy, and NEC in Japan. Years of research and development experience, production technology and marking process tend to be perfect, the laser marking machine produced is highly automated and practical, and is trusted by customers. 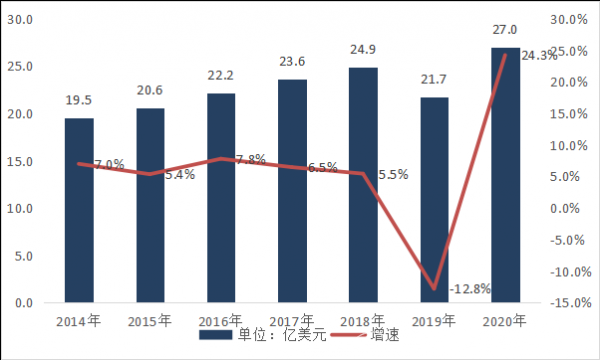 Laser marking is the use of laser as a processing method to make marks composed of numbers, characters, patterns, etc. on the surface of various mechanical parts, electronic components, instruments, tools and other objects that need to be marked. China's laser industry started in the 1960s, and in the late 1970s, laser marking technology began to gradually rise. The country began to support laser processing projects from the "Six. Five" plan. From the end of "Seven. Five" to the beginning of "8. Five", professional manufacturers of laser processing systems gradually began to appear in China. In the 1990s, with lasers and computers With the development of technology, laser marking technology is becoming more and more mature, and laser marking equipment is constantly improving. At the same time, our country also attaches great importance to laser marking technology, including the development of laser marking machine into the national production, education and research project.

(2) Competition is becoming increasingly fierce, and companies are beginning to seek transformation and upgrading

With the increasingly fierce competition in the laser marking market and the gradual decline in gross profit, many laser marking companies have sought new development directions. From the current development situation, there are three modes of transformation of laser marking companies: 1. It is shifting from domestic to foreign markets; the second is to deploy high value-added markets such as laser cutting, laser welding or laser cleaning; the third is to abandon the low-end market and focus on the vertical segment of the industry as a customized market. Most domestic equipment companies will adopt the first and second transformation models at the same time, such as Bond, Dapeng, Jinwei, Feiquan, Kuntai, etc., all belong to this type of enterprise; Dapeng Laser, Feiquan Laser, Tianhong Laser, etc. vigorously explored the laser cutting, welding and other markets, and Minglei Laser entered the cleaning machine market. Foreign market transfer and product diversification have become the common development path of laser marking machine companies. Companies such as Zhengye Technology and Laserao focus on the layout of PCB QR code marking, microelectronics and film marking and other market segments, taking the route of high-end products.

In the era of digital economy, the development of digital technology has greatly improved the efficiency of production and innovation, and the effective integration of laser technology and numerical control technology, laser equipment will have the ability to analyze, judge, reason and make decisions on the process, so as to realize all parts of the manufacturing equipment Automation and intelligence. At the same time, the labor cost of the laser industry continues to rise, and the industrial technology is upgraded and iteratively, which also promotes the development of laser marking equipment in the direction of higher automation and intelligence. It can be predicted that with the rapid advancement of the smart manufacturing strategy, the digitization and intelligence of the laser marking field will become an inevitable trend of development. Highly intelligent multi-functional laser marking equipment will continue to emerge and greatly improve industrial processing. The efficiency of realizing high-efficiency production management.

With the development of the laser industry and changes in the needs of downstream industries, medium and high-power laser equipment has become a hot spot in the market. With the upgrading of laser equipment, high-power and high-speed laser marking equipment will have significant efficiency and accuracy advantages. Further replace the traditional processing equipment, greatly improve the efficiency and quality of industrial processing.

In the era of intelligent manufacturing, downstream users' processing scenarios tend to be diversified and complicated, and the individual requirements for laser marking equipment are increasing. Laser enterprise products are required to be more flexible and suitable for different processing scenarios to meet the diverse needs of customers. Therefore, the use of modular design to improve equipment integration, adaptability, and functionality, and to achieve consumer demand-oriented flexible production, will become an important development direction for the laser marking equipment industry in the future.