Dare to be the first in the world: MAX 40kW laser cutting equipment released worldwide

But the things that mortals can imagine, there must be someone who can realize it. --Jules Verne

At the press conference with the theme of "Excited Imagination", Chuangxin Laser and Bond Laser respectively explained their latest "black technology", injecting another shot of invigorating medicine into the very popular domestic 10,000-watt market, helping the national manufacturing industry to accelerate recovery. 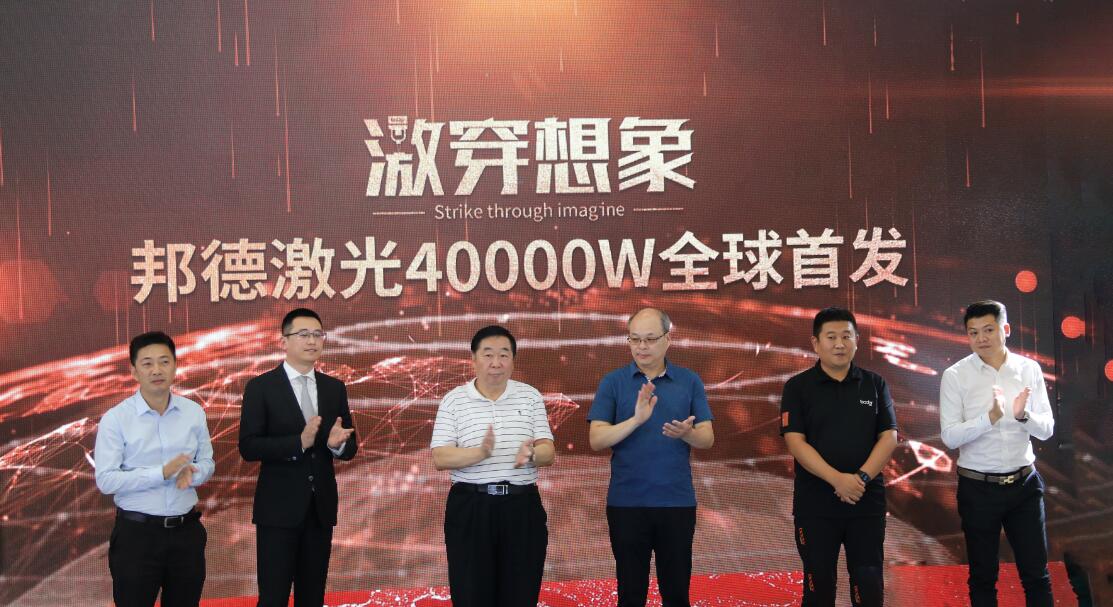 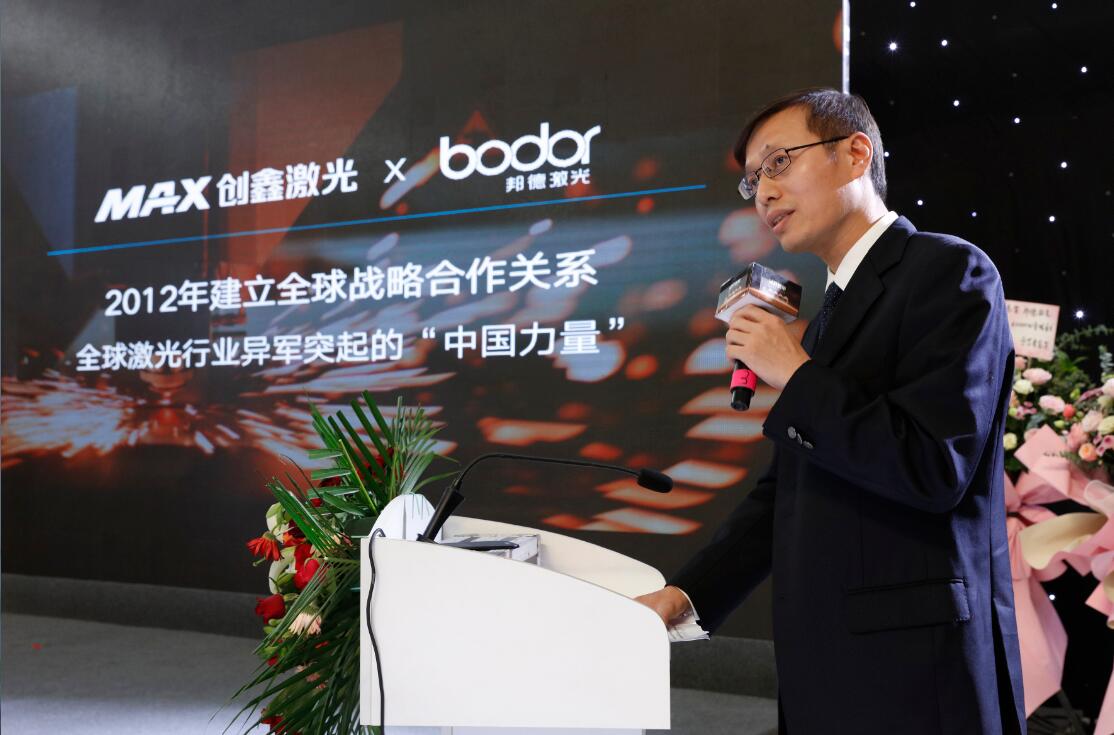 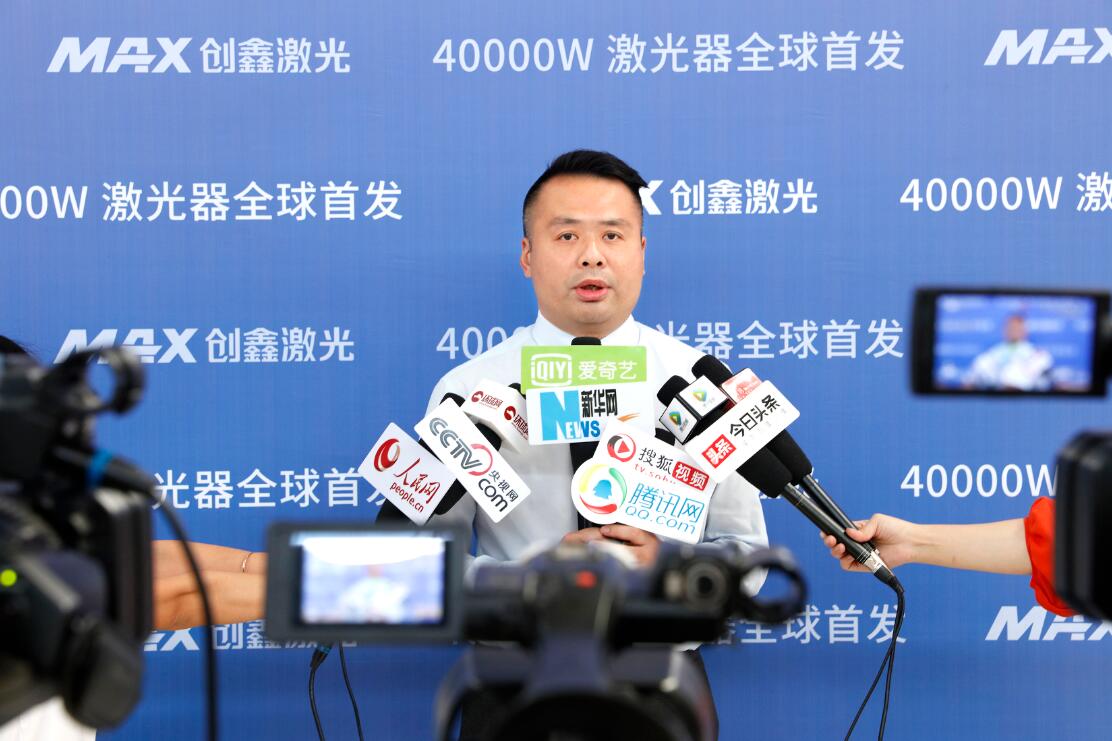 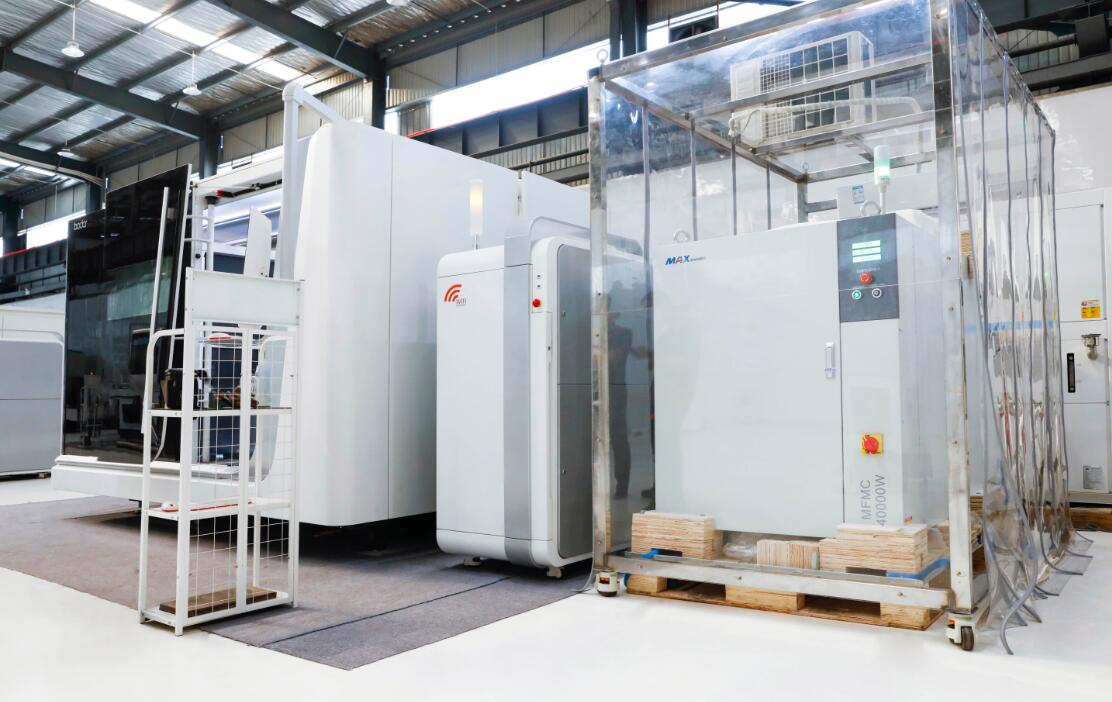 Manufacturing is the foundation of a strong country and the foundation of a rich country. Advanced manufacturing, especially high-end equipment manufacturing, has become the commanding heights of international competition. As an emerging intelligent manufacturing equipment, laser processing equipment can be regarded as the country's most important. The laser is equivalent to the "heart" of laser processing equipment, which is particularly critical in the current international environment and is one of the driving forces for national industrial upgrading. After more than ten years of rapid catch-up, there is not much difference between low- and medium-power domestic lasers and foreign technologies, and domestic substitution is close to completion. In terms of high power, especially ultra-high power, there is still a certain gap between domestic lasers and foreign products. gap. The 40kW launched by Chuangxin Laser not only breaks through the imagination of the industry, but also will inevitably have a positive effect on the research and development of China's core technology, allowing the country's industrial manufacturing to have a strong "Chinese core".

Before 2008, fiber laser technology was monopolized by foreign giants for a long time. The domestic laser industry completely relied on imports. The lack of technology directly led to the loss of pricing power of laser processing equipment manufacturers in my country. The price of laser equipment remained high, which restricted the popularization of domestic laser technology applications. . Since then, domestic companies represented by Chuangxin Laser have explored fiber laser technology and realized the localization of fiber lasers in 2011, breaking the technical barriers of foreign countries. Chuangxin Laser took the lead in capturing industry trends and vigorously developing ultra-high power industrial lasers. During the three years from 2017 to 2019, it launched 10kW-35kW lasers for the industrial cutting market. Because of its efficiency, quality and cost, it has completely subverted the previous traditional processing. Ability to promote the rapid development of the laser equipment industry to ultra-high power. Nowadays, the performance of 40kW lasers in processing capacity will once again subvert the efficiency standards, quality output standards and cost accounting methods of the sheet metal processing industry, driving the sheet metal processing industry from "large" to "strong".

3. Make progress together to build a laser ecology

The release of 40kW is a true reflection of the independent research and development capabilities of Chuangxin Laser's core optical components, and to a certain extent represents the current technical level of lasers in the field of ultra-high power. The use of a single module combination with a domestic maximum of 6kW means that it can use fewer modules, more optimized integration, and output more stable and efficient processing capabilities. Based on a single module of 6kW, a 20kW output with a core diameter of 100μm has been developed to ensure better beam quality, a 25-meter armored cable is more convenient for local customers' needs for large-format machine tools, stable processing integrated design LOE, and the first domestic product Equipped with EtherCAT bus control, etc., it shows that 40kW brings together many of the latest research and development achievements in the laser field, and these black technologies will surely further stimulate the comprehensive capacity of 10kW-30kW.

2. Efficiency is the key

After the epidemic, the country advocated an internal cycle to revitalize the domestic economy, and the two new economies (new infrastructure and new urban infrastructure) became the key to boosting the economy. Heavy machinery, urban rail transit, high-speed rail and new energy industries have strong manufacturing and processing demands. "Efficiency for efficiency" has become the overall demand of the industry, and the birth of 10,000-watt lasers is a good solution to the contradiction between efficiency and quality. At the same time, the laser industry has experienced several vicious competitions, and the gross profit rate of the industry has declined across the board. End users urgently need more efficient, lower-cost, and higher-quality equipment and tools, and the domestic 10,000-watt laser has the ability to reduce dimensionality and strike to ensure the benefit advantage. . With the gradual popularization of 12kW and 15kW, 20kW will enter the terminal, and 30kW will pass the supporting test and will be available soon. The 40kW complete cutting solution for efficiency will surely lead the new development trend.

Since Chuangxin Laser launched the first 10kW multimode continuous fiber laser in 2017, Chuangxin Laser's 25kW ultra-high power multimode continuous fiber laser obtained the registration certificate of scientific and technological achievements issued by the Ministry of Industry and Information Technology in 2019. This is also the first domestic 10,000 watt that has passed national certification. Class laser. All products developed by Chuangxin Laser must be seamlessly connected from the laboratory to the user's processing site. Continuously formulate R&D plans from the front-line requirements, so as to quickly iterate to meet market needs. Chuangxin Laser's 10,000-watt laser is not only to fill the technological gap in my country's high-power and ultra-high-power fields in scientific research, but more importantly, it is on the front line of production, which can be described as the backbone of driving the upgrade of laser processing products. It is reported that this year Chuangxin Laser has a total of more than 300 10,000 watt lasers that will undertake production tasks on the front line of various sheet metal cutting processes. The release of 40kW will also expand the application space of sheet metal cutting and undertake more arduous tasks.

With the completion of the joint release of Chuangxin Laser and Bond Laser 40kW, it also indicates that the new journey of ultra-high power will be started simultaneously. The landing of 40kW and higher power in the future is a demonstration and leading role for the national manufacturing capacity, for the transformation and upgrading of the industry, and for the sheet metal cutting practitioners. Chuangxin Laser dares to be the first in the world, and the significance of this step forward is to inspire more like-minded people to help the development of China's laser industry.